The Poetry Society and the Canal & River Trust are delighted to announce the appointment of Britain’s new Canal Laureate: Roy McFarlane. 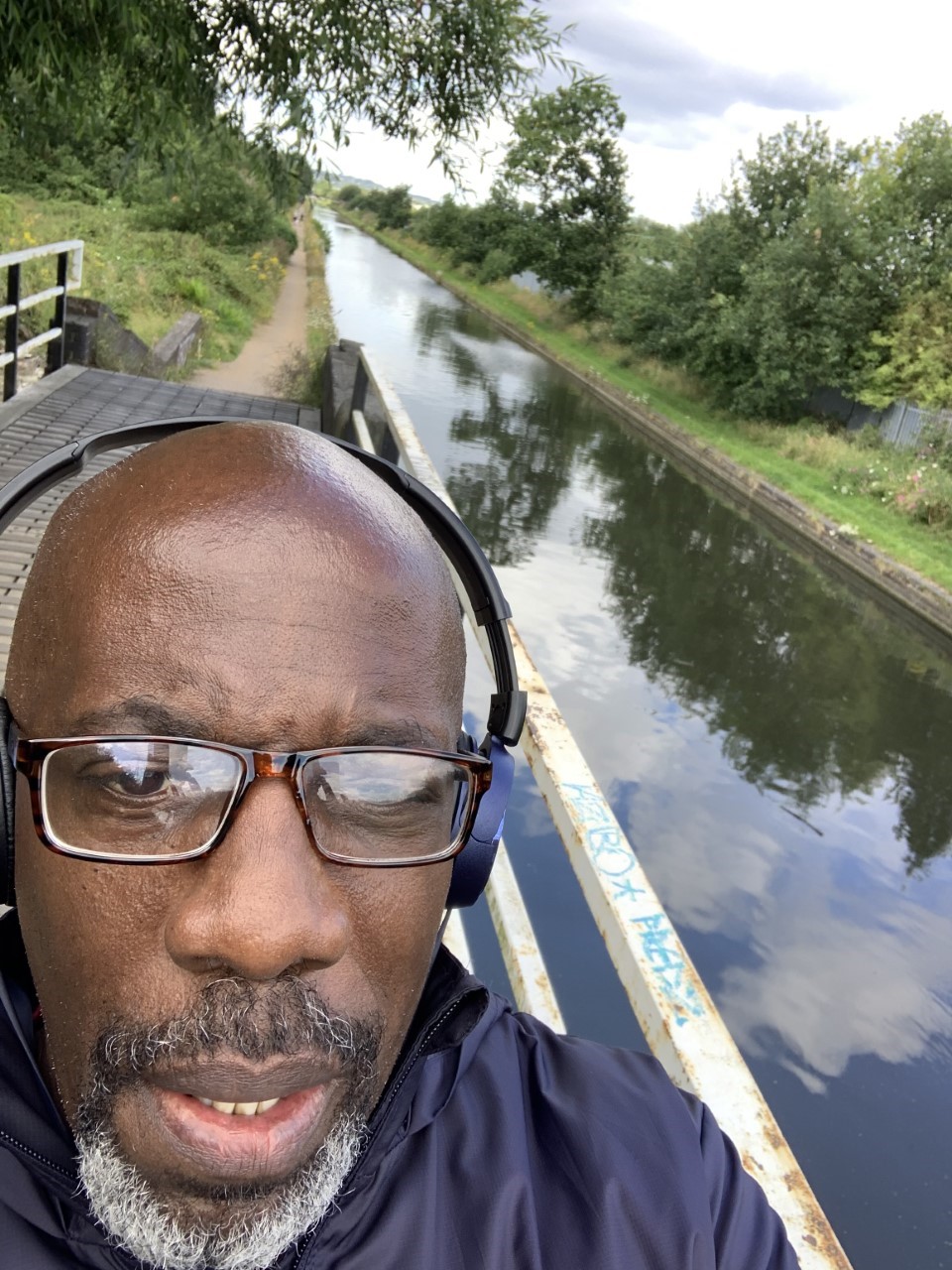 Poet Roy McFarlane grew up in Birmingham and the Black Country, surrounded by canals. He says “I lived, played and loved by canals and rivers and am looking forward to recapturing those stories; tales of diverse communities in urban settings who lived with canals in their backyard.”

During lockdown, Roy, like many people, spent a lot of time outdoors. He retraced routes along his local canal towpath, and has developed a newfound understanding of how waterways can become sites and spaces for wellbeing and an aid to mental health.

During his Laureateship, Roy is interested to explore how people feel about their local canals currently, and how our national and global history can be read in the story of the canal network’s development. He adds: “I’ll be exploring stories of women, labour and migration in the building of these canals, and how that contributed to the Industrial Revolution with its hidden histories of colonialism and imperialism.”

Roy will be both writing his own poems, and working with various groups of canal users, including boaters, to create new collaborative works. His first project will involve a canal walk on the shortest day of the year, to be followed by return visits on the Equinoxes and the longest day. Other projects with a wellbeing, nature or history focus will follow – and canal communities who would like to get involved with them should contact The Poetry Society for the latest updates.

Roy’s first project will be to create a poem inspired by a canalside wander on the shortest day of the year 21st December in the West Midlands, from Cosely at dawn to Oldbury via Tipton Library and the Black Country Museum. He plans to write about memories, the history, and conversations with local people, finishing up with a blog and lots of writing for further use.

Richard Parry, chief executive at Canal & River Trust, said: “Every one of our Canal Laureates has shown us the waterways through new eyes. Roy is passionate about telling the stories of people, places and history: topics that resonate in the Trust’s work. Growing up in the heart of canal country, his perspective on the changing nature of the waterways and their growing importance in the wellbeing of local communities is exciting. I am delighted to welcome Roy as our new Canal Laureate and look forward to hearing the stories he finds to tell.”

Judith Palmer, Director of the Poetry Society, said: “We’re really proud of the new work that’s been created through our longstanding partnership with the Trust. Rivers have never been short of glory, but it was time canals began to receive the attention they were due. Now there’s a vibrant new body of work which celebrates the many ways canals touch our lives, with poems responding to the people, places, history and wildlife of our amazing canal network. We can’t wait to see how Roy McFarlane opens up new perspectives on the UK’s canals over the months ahead.”

Established in 2013 by The Poetry Society and the Canal & River Trust, the Canal Laureateship aims to encourage exciting new writing about Britain’s historic canal network. Previous Laureateships have seen poems stencilled onto towpaths in biodegradable paint, designed into new lock-beams, and translated into short films. Poets have drawn on conversations with boaters and engineers, kayakers, lock-keepers and litter-pickers, delved into archives, and given new life to forgotten classics in performances, publication and animations.

The project is part of the Arts on the Waterways programme, a partnership between the Canal & River Trust and Arts Council England to attract new audiences for both the waterways and the arts, working with a range of partners and engaging actively with local communities.